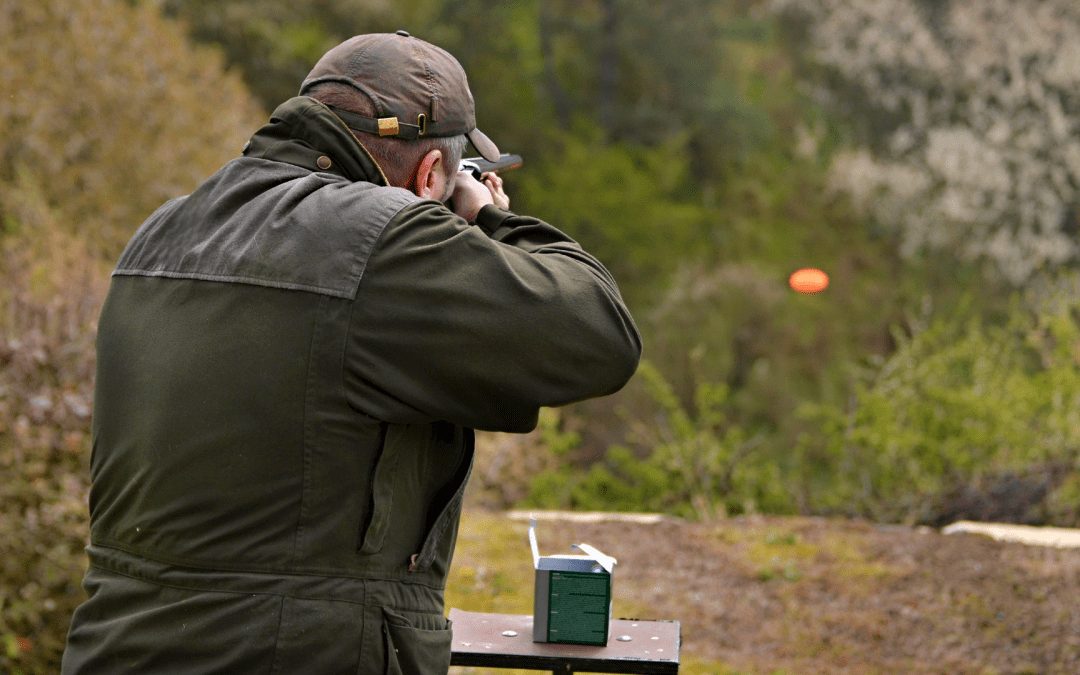 North Devon is an ideal place for clay pigeon shooting break. The Carlton works with two local shooting clubs and well experienced in accommodating shooting parties of all sizes.

If you’re at home on the range or looking to pick up a clay for the first time, there is great fun to be had by rounding up a posse and heading down to the West Country for a clay pigeon shooting break. The Carlton Hotel in Ilfracombe, North Devon has been hosting clay pigeon shooting parties for many years and stands out proud from the pack thanks to its association with two of the best sited shooting grounds in North Devon. Offering the complete package – for novice and pro shooters – the Carlton plays host to clay busting  individuals, couples, a handful of mates or full blown clay pigeon shooting break parties. High quality 4* standard rooms (the hotel has recently undergone extensive refurbishment) promise a great night’s sleep after a day spent in range of the traps. The Carlton Hotel’s facilities include a dedicated gun room with individual gun safes, drying room to cater for shooting break parties, an excellent bar and restaurant (dinner deals available) and all the facilities you would expect from a top class hotel, from high speed broadband to private gym. As a destination, Ilfracombe provides all the ingredients for a great weekend or mid week break away, with sea view restaurants serving up fresh catches of the day and local pubs serving regional ales and ciders.

Pulling Power on the Doorstep

The Carlton Hotel has two fantastic  shooting grounds in North Devon as partners for our clay pigeon shooting breaks, both of which are just  minutes away. The North Devon Shooting Ground and South West Shooting School both offer a wide range of packages – from ‘Have a go’ specials to activities and programmes for corporate and larger clay pigeon shooting parties. With the sport increasingly attracting new participants, both shooting grounds cater for all ages and abilities (with family friendly options too) and can provide shotgun hire on site. Some shooting parties visiting the Carlton like to make a real wild West Country weekend of it and also book in stops along the way at shoots in Taunton and Holsworthy.

From the Traps: A Brief History of Clay Pigeon Shooting

The clay (pigeon), as we know it, began life in America in 1880 and soon found its way onto British shores, it’s flight ‘somewhat resembling the flight of a partridge’ according to The Field (or Country Gentleman’s Newspaper)  at the time. Trap shooting, as an event, promoted by the rather uninspiring sounding Inanimate Bird Shooting Associationsoon grew in popularity and by the turn of the century there the 1900 summer Olympics witnessed clays flying around the skies of Paris! As the Twentieth century progressed this popular alternative to live game shooting became a sport of its own, adapting to the demands of its participants as the clays coming out the traps took on a new life of their own with tweaks to trajectory, speed clay size and distance. Fast forward to the present day and clay pigeon shooting parties are no longer just the preserve of older country gentlemen as evidenced by increased participation by women as well as the younger generations.

It’s all About the Bird Talk

For such an inanimate and inoffensive object (essentially a fragile clay frisbee), there’s a ferocity to much of the terminology used around clay pigeons.  Released from ‘traps’ with a shout of “Pull!” from those in the ‘stands’, the ‘birds’ (clays) are first seen at the ‘pick up point’ before being dispatched in the ‘kill zone’. While such jargon is every day speak for pros,it can be confusing for novices trying out for the first time. Unless gifted with a natural marksman’s eye – or incredible beginner’s luck -one thing most novices will experience is the obligatory shake of the head at the sight of a ‘bird away’ (missed clay), not to mention letting loose the occasional curse word (fortunately no one will hear you as it is mandatory to wear ear and eye protection while shooting!) Challenging, addictive and jolly good fun to be had in the country, clay pigeon shooting is one of those sports, a little like golf, where somewhere between the extremes most shooters experience good days and bad days and the occasional day when ‘sometimes the magic just happens’! If you’re looking to get away for a clay pigeon shooting break that combines high class hotel accommodation with access to excellent shooting grounds in North Devon, contact Ilfracombe’s Carlton Hotel on 01271 862446 or email relax@ilfracombecarlton.co.uk for advice, bookings and further information.